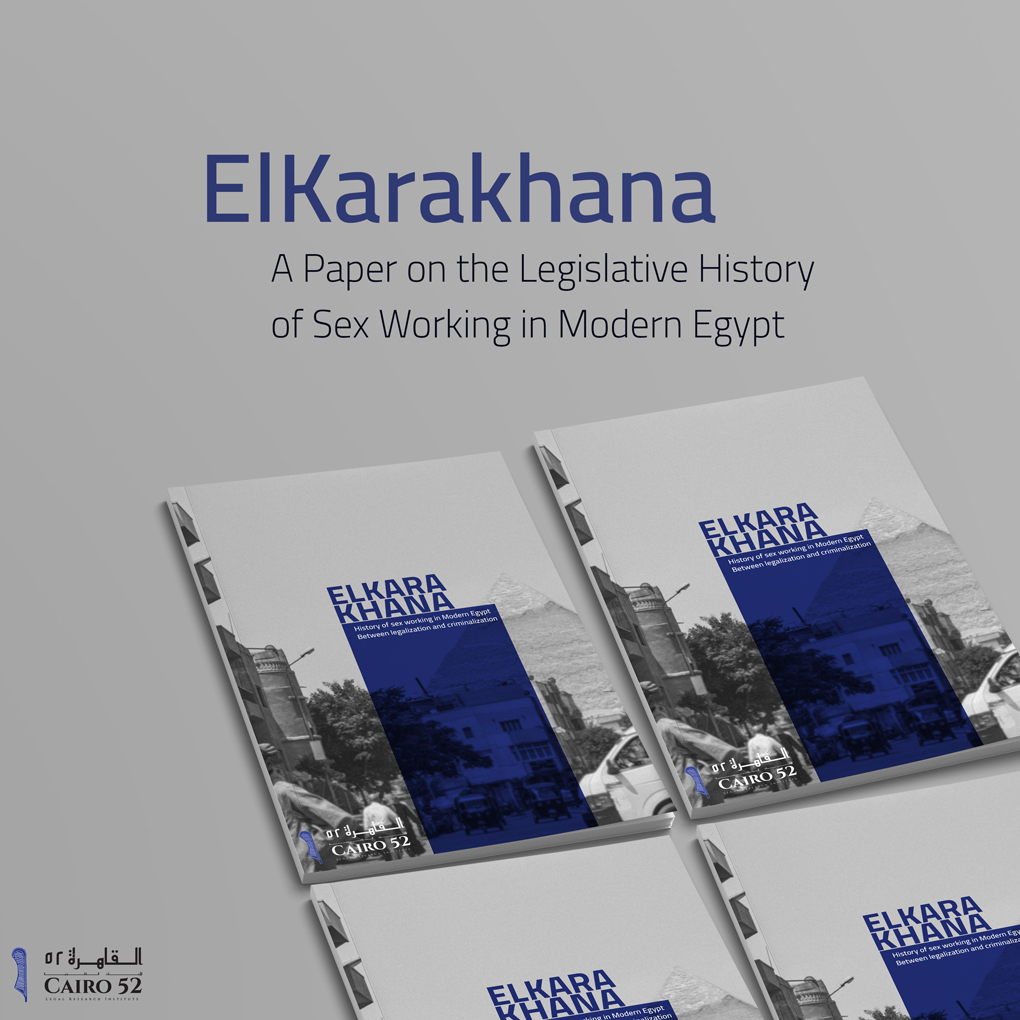 ElKarakhana: History of Sex Working in Modern Egypt between Legalization and Criminalization

This paper aims to examine the historical legal evolution for the laws dealing with the issue of sex working and it starts with Muhammed Ali Pasha, who was the first to criminalize the act of sex working in Cairo, before relegalizing it again by Abbas I of Egypt and the introduction of the first “law” to regulate the sex working industry in 1896.

The honeymoon that the sex working, and the government enjoyed started to come to an end, when Egypt stopped being a protectorate of the British and was granted its independence in 1922. The Egyptian society and state started to view this industry, as an immoral colonial product and gradually the voices started to end this industry. The first order came in 1942 by the military governor to close all brothels in the country expect for the ones in the Governorates capitals followed by another order to give the powers to close brothels to Governorates governors and finally the infamous order number (79) that ordered the closure of all brothels in the country.

However the first law to eliminate all forms of sex workings in Egypt came in 1951; Law No 68/1951, in which the Egyptian lawmaker for the first time decided to include “male sex working” in it and not only “female sex working”, unfortunately due to the lack of legal resources it is hard to tell if this law was used to prosecute homosexual men or not, as the law focused mainly on ending the legalized sex working industry first.

The paper also examines the circumstances surrounding the issuance of the current law No 10/1961 and case studies of important Supreme Constitutional Court verdicts and Court of Cassation verdicts on this law in 70s and 90s.

The beginning of the 2000s marked a new phenomenon; “online sex working” that came with the increase in internet usage in Egypt, the Police responded with innovating new ways to entrapment sex workers on the internet, the most important of which with the introduction of the concept of “cyber informant”, a person that will go on dating apps where sex workers are active and then would start entrapment them by pretending to be a customer. The increase in internet usage provided an opportunity also for the gay community in Egypt to be empowered, which posed a threat to the state represented in its vice police, that refused any form of sexuality and gender expression outside the narrow hetronormative narrative that is approved by the state. The Egyptian State based its de-facto criminalization and targeting of the LGBTQ+ community and especially gay men on the “debauchery” legal definition that was produced by the Court of Cassation in the 70s, that linked homosexuality directly with the act of “debauchery” in the law No 10/1961.

The paper finishes with a quick recap of the different laws that were passed to further restrict sexual and bodily freedoms in the country, after the Rainbow flag incident in 2017.