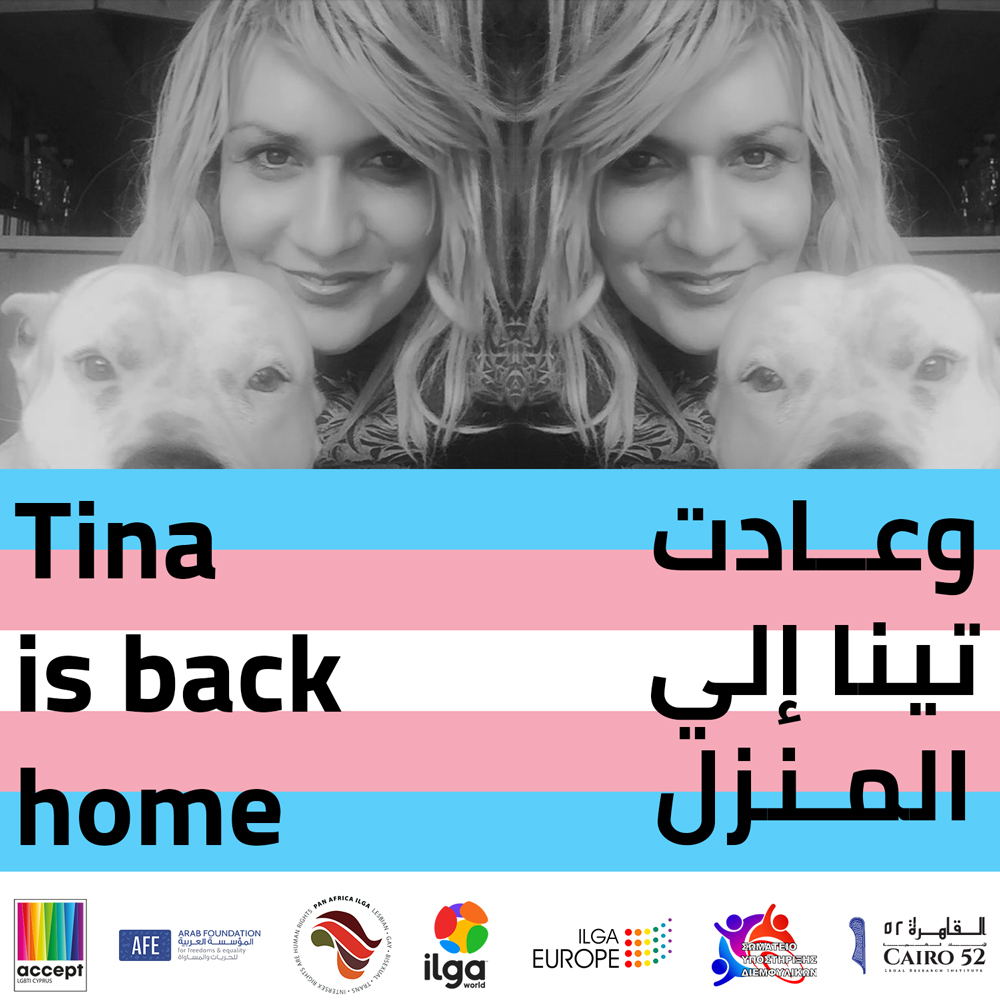 Tina is back home

After more than a year of imprisonment, a year of restriction of freedom, a year of respect or considering her gender identity.
Tina returned to Cyprus, her family and loved ones.
With this return, we wish her recovery from what she went through and all the love.
Congratulations and special thanks to everyone who participated in collecting signatures during the Tina support campaign.
And all of this would not have been possible without the support of our success partners.
This case and others show again the problem of detention places for transgender individuals in Egypt, due to the lack of regulations in the matter, trans individuals have to endure solitary confinement or being detained in a cell block that does not reflect their chosen gender identity

But Why Tina Was not home?

Tina, a young transgender woman from Cyprus, had the unfortunate luck of being in Egypt last January. Egypt does not recognize transgender nor LGBTQ+ rights and having a different gender marker on her Passport caused a lot of complications for her in Egypt. There is no Legal Gender Recognition Law in Cyprus, but an Ad-Hoc procedure which the Ministry of Interior Affairs of Cyprus has adopted since August of 2019. This procedure is lacking legal certainty and public information about it is virtually non-existent, Tina might not have been aware of such procedure to apply to change her gender marker on her legal documents if she wished.

Arrest: She was arrested in January 2020 under the Egyptian law 10/1961 and was charged with two counts: 1) inciting and promoting debauchery online and 2) committing debauchery. She has accounts on different dating apps and she was arrested through online entrapment when a police informant purposefully spoke to her on one of the apps and arranged a meeting with her.

Court Sentence: She was prosecuted and sent to the first-degree court in February, where she was acquitted from the charge of committing debauchery but sentenced for three years in prison on the charge of promoting and inciting debauchery online.She later appealed in March on this sentence, however the court of appeal decided to uphold her sentence of three years imprisonment.

Jail: Ever since she was arrested in January she has been locked up in El-Nozha Police Station, in solitary confinement. Since she hasn’t changed her gender remarks on her ID and Passport, she is considered to be “male” in the eyes of the Egyptian government. Since she is so far in her transition, the Egyptian authorities did not send her to male prison nor female prison. Instead she is being kept in solitary confinement ever since January in El-Nozha Police station jail. For a transwoman like Tina, this has had and continues to have a very serious toll on her mental and physical health, as she is denied access to her hormones in addition to being locked up alone in a small cell in a country where she does not even speak the language, as well as the fact that Egyptian prisons are not prepared to receive transgender people in it.

We call on the Egyptian and Cypriot authorities to work together to bring Tina back home so she can serve her sentence in Cyprus, something completely justifiable and just, as both governments have signed an extradition agreement to exchange citizens of both countries who have been arrested in the other country. We believe that bringing Tina back home is crucial to her wellbeing, both mentally and physically.

For more information on Tina’s case and arrest please email info@cairo52.com and Info@acceptcy.org

Review the extradition agreement between Egypt and Cyprus in Greek from Here and in Arabic from Here.

The Arab Foundation for Freedoms and Equality 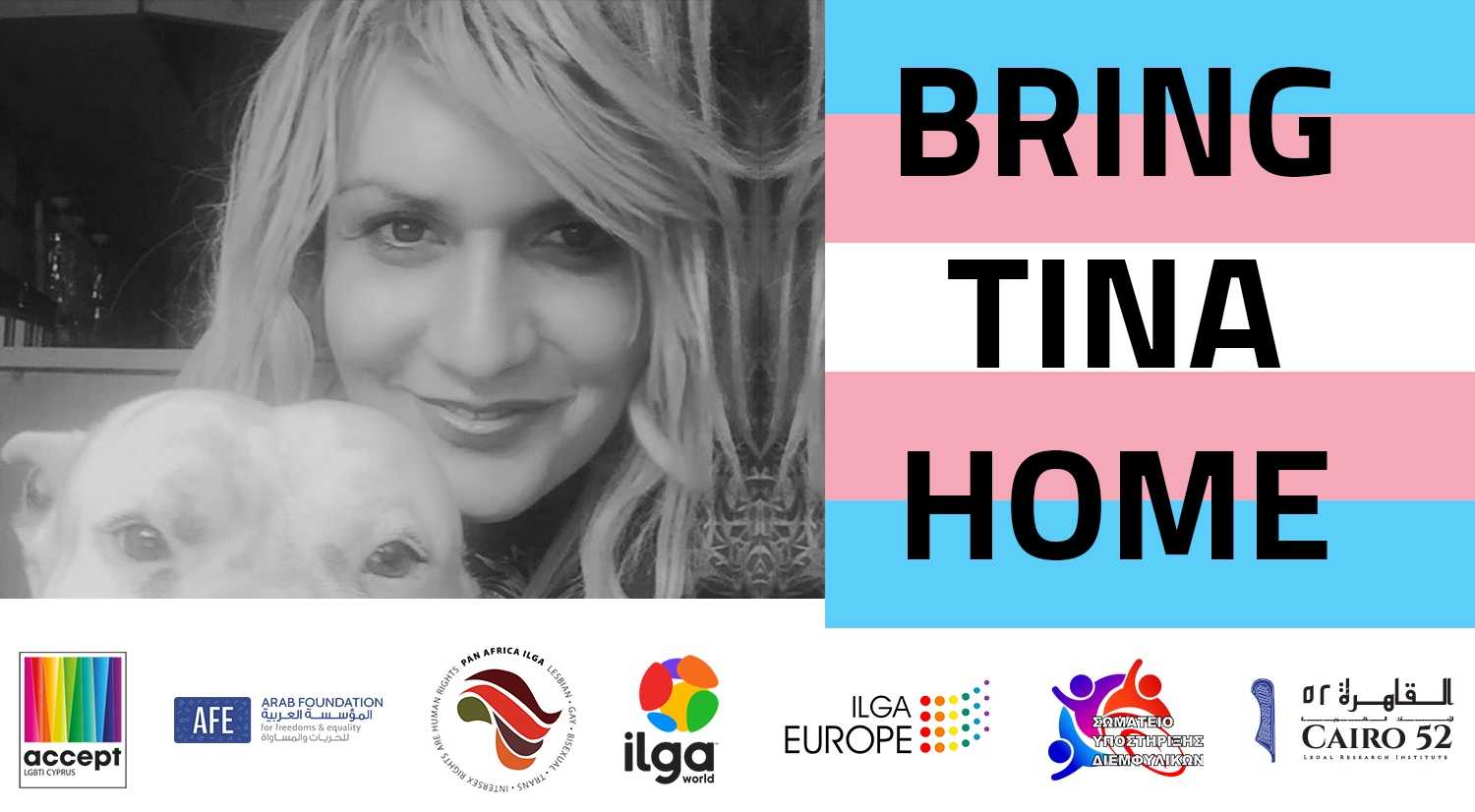