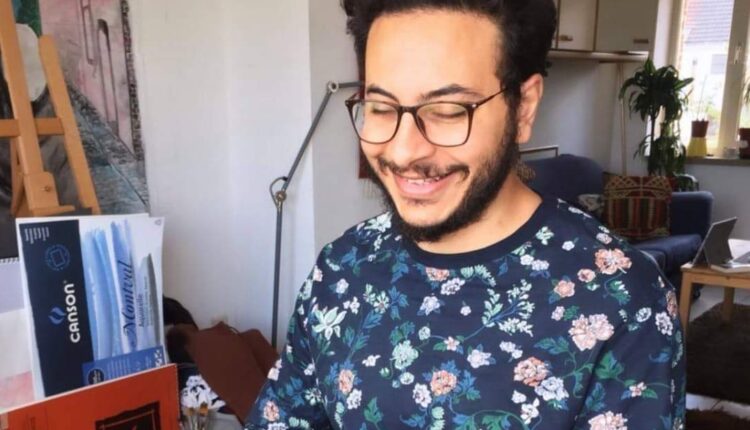 We, the undersigned 74 organizations, call upon the Egyptian authorities to immediately and unconditionally release 29-year-old student and researcher Ahmed Samir Santawy, who has been arbitrarily detained since 1 February 2021 on bogus terrorism-related charges. The undersigned organizations further call on the authorities to ensure prompt, independent, impartial, transparent, and effective investigations into Ahmed Samir Santawy’s allegations of being subjected to enforced disappearance and ill-treatment by security forces following his arrest.

The undersigned organizations consider that Ahmed Samir Santawy, a researcher and master’s student of anthropology at the Vienna-based Central European University (CEU), is arbitrarily detained solely because of his academic work focusing on women’s rights, including the history of reproductive rights in Egypt.

On 23 January 2021, seven masked and armed policemen raided Ahmed Samir Santawy’s family home when he was not there, and instructed for Ahmed Samir Santawy to present himself to the National Security Agency (NSA), a specialized police force, without providing any reasons. When he did as instructed on 1 February, security forces arrested him and subjected him to an enforced disappearance until 6 February. He said that during this period NSA officials beat him, including by slapping him on the face and punching him in the stomach, while handcuffed and blindfolded, at the Fifth Settlement Police Station.

On 6 February 2021, Ahmed Samir Santawy was brought for questioning before the Supreme State Security Prosecution (SSSP)[1], a special branch of the Public Prosecution responsible for prosecuting crimes that relate to “state security”. The prosecutor accused Ahmed Samir Santawy of “membership in a terrorist group,” “spreading false news,” and “using a social media account to spread false news” in Supreme State Security case no.65/2021. On 23 February, at a separate hearing, another prosecutor said he was also being investigated for “funding a terrorist organization”. The prosecutors based their accusations upon a NSA investigations file, which neither Ahmed Samir Santawy nor his lawyers were permitted to examine, as well as social media posts he denied authoring.

The prosecutors questioned Ahmed Samir Santawy about his academic work and studies, including his work on Islam and abortion, and about anti-government posts from a Facebook account that he denied authoring. Ahmed Samir Santawy told the SSSP that during his initial detention, NSA officers also questioned him about his research work and involvement in a Facebook page critical of the authorities, which he denied as well. Ahmed Samir Santawy further told the SSSP during a hearing on 23 February that he has been held in solitary confinement, in a cold cell without access to adequate clothing and bedding. The SSSP failed to order an investigation into his allegations of being forcibly disappeared and beaten by the NSA, and did not respond to requests by Ahmed Samir Santawy’s lawyers to refer him to the Forensic Medical Authority for examination.

Ahmed Samir Santawy was moved out of solitary confinement and is now held in pre-trial detention at Liman Tora Prison.. His pre-trial detention was renewed in his and his lawyers’ absence four times, denying him the right to challenge the legality of his detention.

The undersigned organizations call on the Egyptian authorities to ensure that, pending his release, Ahmed Samir Santawy is granted immediate and regular access to his family and lawyers, provided with adequate healthcare, and protected from torture and other ill-treatment.

Ahmed Samir Santawy’s arrest comes against the backdrop of an unprecedented crackdown on the rights to freedom of expression, association and peaceful assembly in Egypt. In recent years, security forces have rounded up hundreds of human rights defenders, activists, lawyers, politicians, peaceful protesters, journalists, medical workers, as well as researchers and academics, and subjected them to enforced disappearance, torture and other ill-treatment, and prolonged pre-trial detention pending investigations into unfounded terrorism-related charges.[2] In February 2020, security forces arrested Patrick George Zaki, a gender rights researcher at the Egyptian Initiative for Personal Rights and master’s student at the University of Bologna in Italy, upon his arrival to Egypt. He has been held in pre-trial detention over baseless terrorism-related charges since then.[3] In May 2018, Walid Salem, a PhD researcher at the University of Washington was arrested after returning to Egypt for his field work. Walid Salem was provisionally released pending investigations in December 2018, after spending seven months in pre-trial detention, but the authorities ban him from travelling outside Egypt. These attacks against academics and researchers further undermine the already limited academic freedom in the country.[4]

[4] Association for Freedom of Thought and Expression, Universities Without Academic Freedoms: A Report On Freedom Of Teaching And Research In Egyptian Universities, 27 July 2020, https://afteegypt.org/en/academic_freedoms/2020/07/27/19745-afteegypt.html