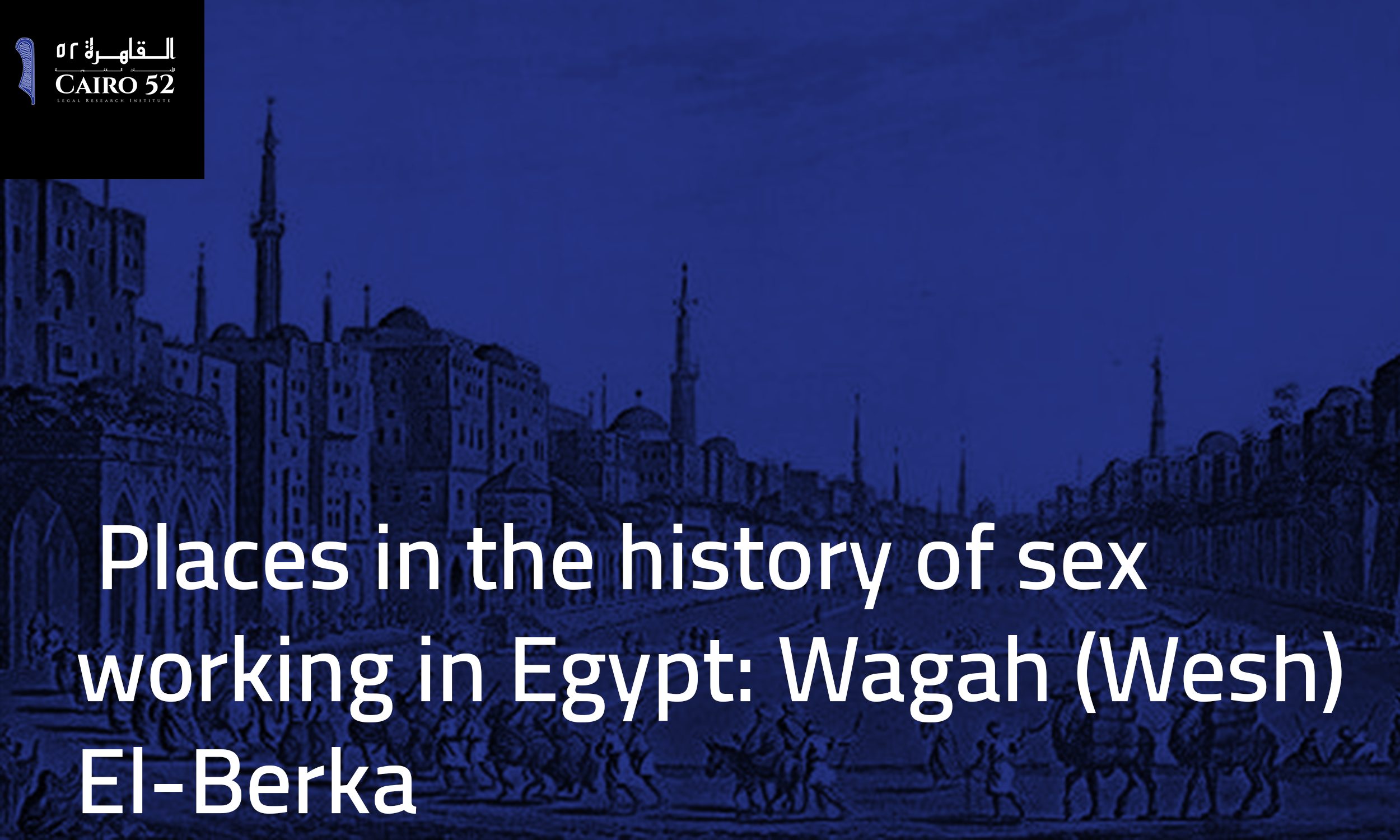 Places in the History of Sex Work in Egypt: Wagah (Wesh) El-Berka

Wesh El-Berka or Wagah El-Berka, translates to the “face of the lake”, a street with a small alley inside the historical neighborhood of El-Azbakya. The history of this street with sex work is long, and it had an impact on the entire industry throughout its history in Egypt. Even though this street was not part of the “licensed neighborhoods” that were allowed by law to have brothels, that didn’t stop sex workers from operating in the street especially foreigners, due to the foreign privileges that existed at the time. This meant that foreigners could not be prosecuted or arrested by Egyptian officials, but only by their embassies. This made the street one of the sex work industry landmarks in Cairo.

The aforementioned lake is located in the historic Azbakeya district, which was in the past an empty wasteland with plants and trees. And so, it was located on the outskirts of Old Cairo, and in the era of the Mamluks, King Al-Ashraf Qabbayi cleansed the area and the lake and built palaces there and it became a place dedicated to holding parties and special events. When the Ottomans entered Egypt in the year 1517 AD, the Ottoman military ruler tightened supervision over women and prevented them from leaving, only the elderly were excluded, as well as shoemakers for women, and riding donkeys to move around. When he left the country, women went out, stayed up late, danced and raged, and the nights were lustful like no other. Since this time, the area around al-Azbakeya lake was known as Wagah al-Bereka (or “Wesh al-Berka”), and it became a place for innocent and not-so-innocent fun, nights of lust, sex, dance and general fun and for these purposes a lot of foreign women were brought to entertain the people visiting the lake.

The lake and the area around it remained a favorite place for Cairo people from all classes to spend their fun nights, until the Muhammed Ali era when he came to power and decided to change the structure of the area. He filled the lake and built houses and services there. The houses built in the area were soon converted to secret brothels, taking cover in the bars and dancing clubs existing in the area. 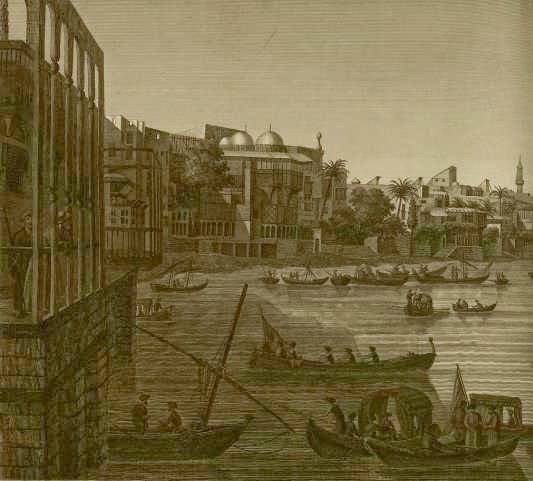 Portrait showing lake of Al-Azbakeya from the 19th century

Sex work and other things:

The British entered Egypt in the year 1882 and with them came the foreign privileges in the country, privileges like protecting foreigners from being arrested by Egyptian officials unless the Embassy sent a reprehensive. Even then, only the Embassy had the right to prosecute its citizens as Egyptian courts did not have that right. As such, secret brothels run by foreigners thrived in Wesh El-Berka area and after World War I, visitors to the area picked from different pubs to spend their nights like the “Luxembourg”, “Nozhet El-Nfoos” and “El-Hambra”. You see, Wesh El-Berka street wasn’t only a street you go to for brothels or meeting sex workers, but it was a service complex offering all services to those who wanted to spend fun nights in Cairo. Behind these pubs, you could find narrow alleys with small rooms where sex workers lived. Each group of rooms shared one bathroom and one kitchen. The price for spending the night in one of these rooms started from 5 piasters to 50 piasters. With the passage of time, the government lost all hope of controlling the foreign-owned secret brothels in that area and decided to give an exception to the foreign sex workers there and started applying regulations and periodic medical examinations on them.

Cairo’s residents did not harbor a lot of love for the foreign sex workers and even called them “Schlechtat”, an Arabic plural for the German word “Schlecht” meaning ‘bad’ that indicated two things: first, that a lot of the foreign sex workers in the area were either German speakers or German-looking, and second, that Cairenes considered them bad for one reason or another. However, that did not stop Egyptian men from visiting the area.

The golden era for this area came in the times of world war two, having the allied troops in Cairo, mean new income opportunity for everyone working in the industry.

The second method depended on hunting the eyes of the pimps and “El-Balatgya” (thugs), as they would wander the streets looking for those who are coming from outside of Cairo looking rich in appearance. If they found one, they would approach him and tell him about how today was his lucky as he will be able to spend the night with the prettiest girl in all of Cairo. The sex worker would wait in her room for her new customer and when he would come, she would refuse and tell him how she immediately fell in love with him at first sight. Food, beverages and sexual services were all provided by the sex worker for her new “lover” for free, but when the morning came, the plot would start with “visitors” coming to the sex worker’s room asking for money that she owes them, one time it would be the landlord and another would be the woman who washes her clothes and so on until the “lover’s” pockets are empty paying the sex worker’s dues.

The end of the golden sex work industry in Wesh El-Berka wasn’t abrupt, but it had its indicators. The most important of which was The Montreux Convention Regarding the Abolition of the Capitulations in Egypt in 1937, that stated that all foreign privileges would end after 12 years in 1949. This convention was just a ticking time bomb for the foreign sex work industry in Egypt that was protected for many years by those privileges. The countdown started for the Wesh El-Berka area and foreign sex workers started leaving before 1949.