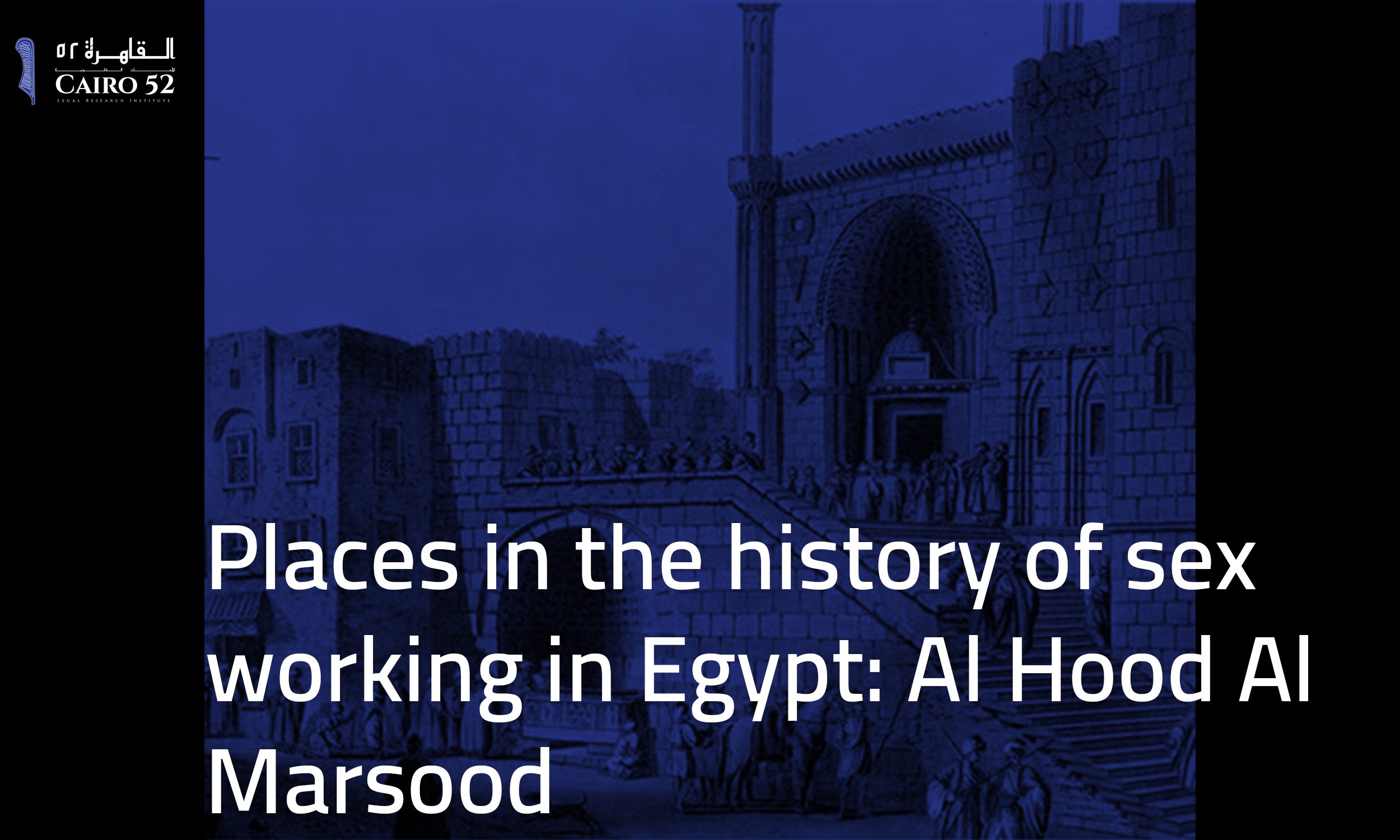 Places in the History of Sex Work in Egypt: Al Hood Al Marsood

A small STD (sexually transmitted diseases) clinic was in Sayeda Zeinab in 1902, and later turned into the largest STD hospital in Egypt. That hospital was hated by sex workers during the period of legalized sex work in Egypt, as the hospital was responsible for examining the sex workers once a month and issued the sex work licenses and renewed it too according to the law in Cairo.

It was stated in the book “Description de l’Égypte”, written by a group of scholars of the French expedition that came to Egypt in 1798 and departed in 1801, that the Ottomans found a basin (‘hood’ in Arabic) or a huge coffin in this ancient area, which was known as “Berket El-Feel”, a basin of black flint with a length of 2.7 meters, 1.38 meters in width, and 1.92 meters high, and all its internal and external surfaces are funerary inscriptions. One of the Mamluk Pashas placed it in front of the Al-Jawbali Mosque in the Sayyida Zeinab neighborhood in Cairo, and the people then used it as a water container.

Myths proliferated around that basin or coffin, and it was said that it was the final resting place for one of the priests of the Pharonic era, and that there were treasures guarded by the Djinn underneath it. As for the French, they believed that drinking from that basin cured diseases of love. The coffin now lies in the British Museum, where the English seized it after defeating Napoleon.

And as such the locals starting calling the area after that basin, which in Arabic means ‘Hood’. As for the site of the current hospital, it was a palace for King Al-Nasir Muhammad bin Qalawun and was named “Baqtamar Al-Saqi,” which was described by the Sheikh of Arab historians, Ahmed bin Ali Al-Maqrizi as the greatest and best building in Egypt. It was later converted into a textile factory, then Al-Hood Al-Marsoud Hospital for the treatment of sexually transmitted diseases in 1923, then Al-Hood Al-Marsoud Hospital for the treatment of skin and venereal diseases in 1943. In 1979, the hospital was renamed Cairo Hospital for Dermatology and Venereology.

These words may be known now lyrics to a famous song for the singer Dalida, but the history of the words had its roots to the sex work industry in Egypt and Al-Hood Al-Marsoud hospital. This line was often used by sex workers upon finishing their examination and finding out that there are healthy. The line roughly translated to: “Peace upon your safety, we went and came home safely”. The sex workers would sing that line after riding a horse carriage waiting for them outside to start their parade and they would sing that line and other lines all the way from the hospital to their homes. At their homes, they would be greeted by friends and prepared to have an endless night party to celebrate coming home healthy and STD-free.

All licensed sex workers had to go once a month to Al-Hood Al-Marsoud to ensure that they were free from STDs and then obtain a license renewal. It was a hard journey for sex workers as treatment inside the hospital was far from friendly and often had to endure endless insults from the nurses working there. These nurses also took monthly bribes from “brothel managers” so they would not allow the sex workers to leave the hospital on their own and hand them over to these managers or their representatives.

Outside the hospital, you can find “El-Balatgya” (Thugs) working for the brothels, waiting on girls to finish so they can pick them up and take them back straight to the brothel. These “Balatgyas’” main job was to make sure that the sex workers would not run away after finishing the examination, but if the sex worker’s test results would come back positive, they would be admitted to the hospital or given to police custody to be transported to another hospital if the requested treatment was not available in Al-Hood Al-Marsood.

To this day, Al-Hood Al Marsoud Hospital, with its new building and its new name, is still the largest Egyptian government hospital for treating sexually transmitted diseases. Examination of sex workers ended, and the Inspection Office on sex workers was abolished in 1949 after the military governor’s decision to shut down all licensed “brothels”. 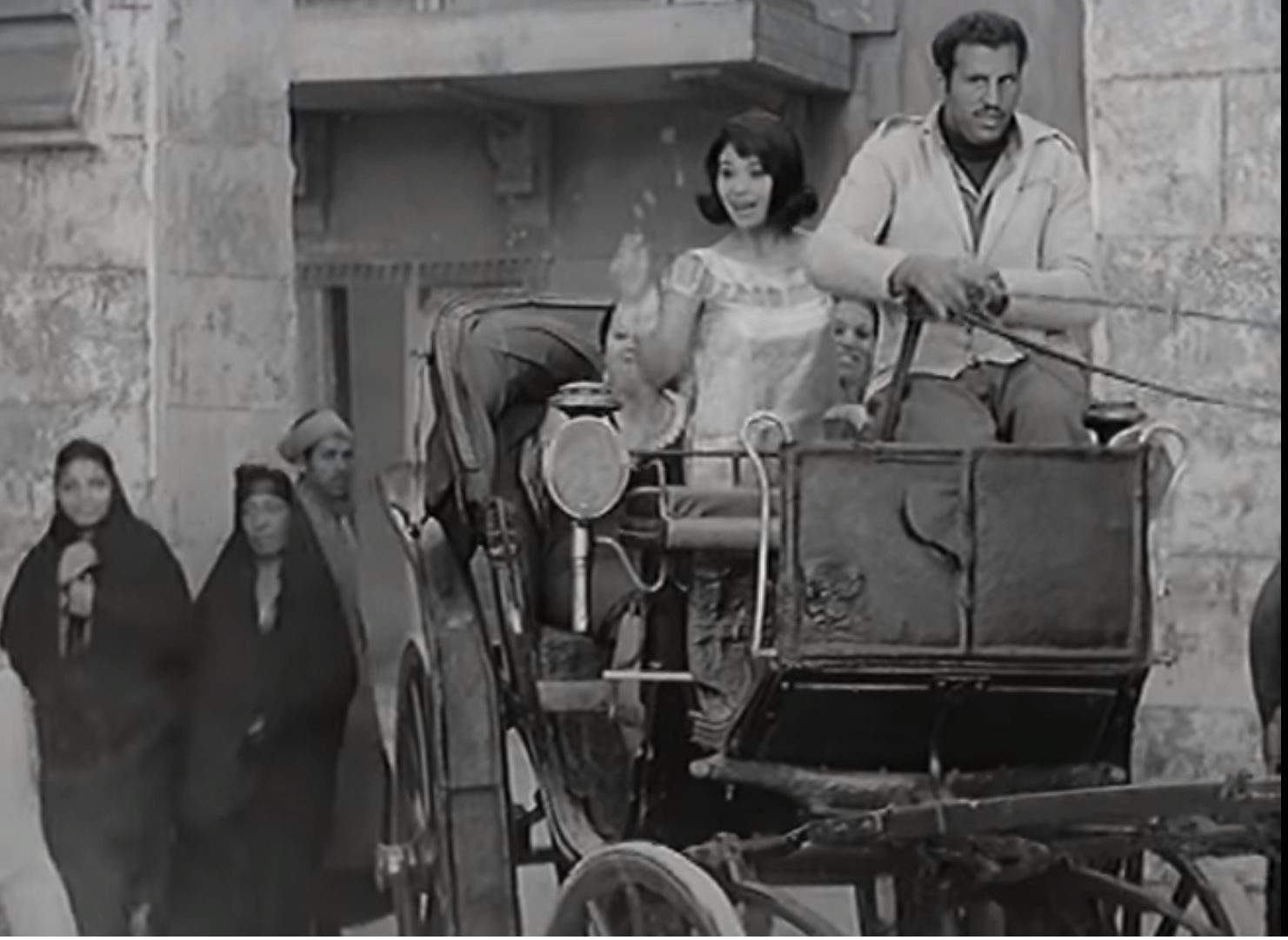 A Scene from the Egyptian movie (Nahnu La Nazraa Al-Shok) in 1970, showing a sexworker singing “Salma ya Slama”