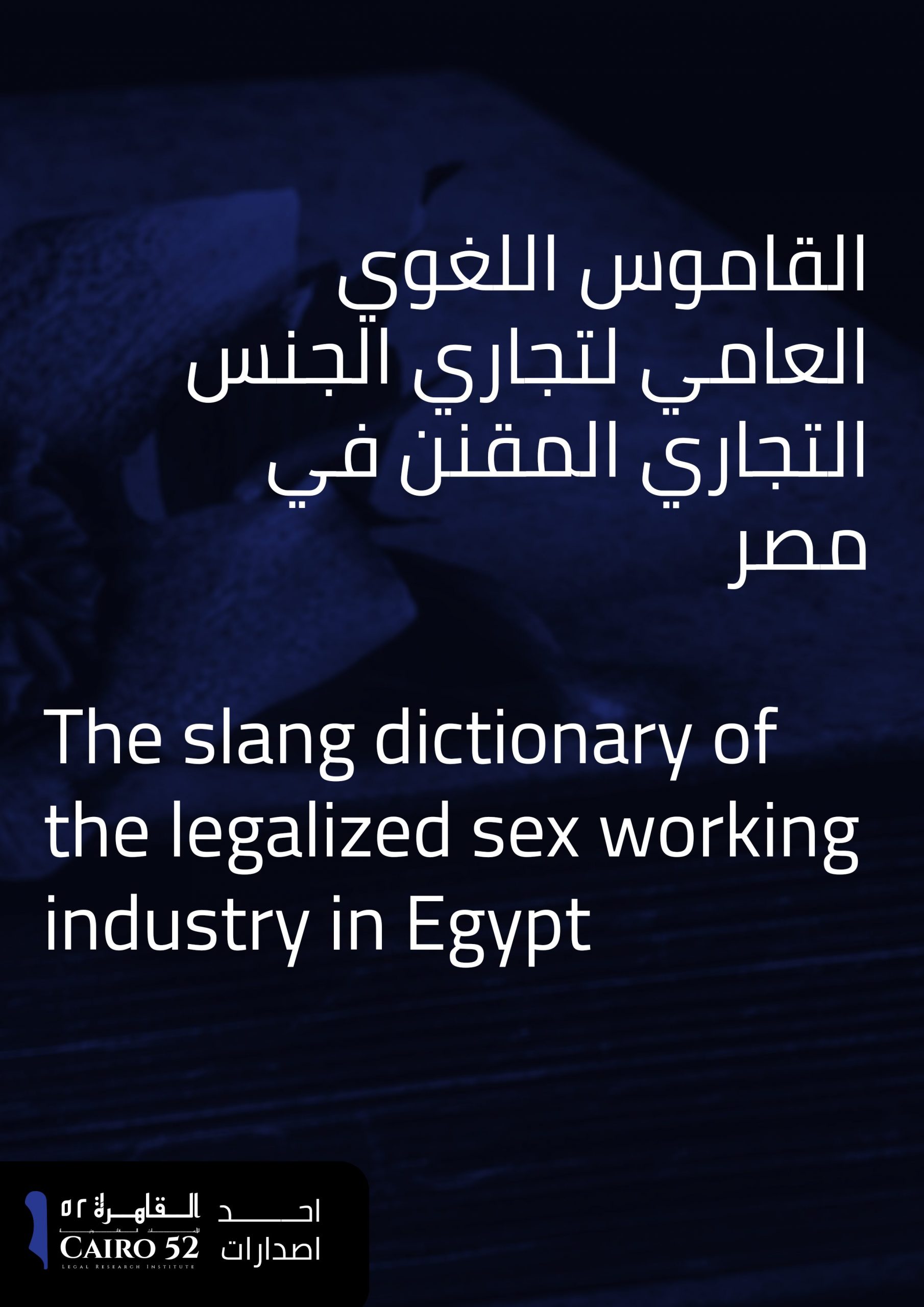 When the night speaks: The slang dictionary of the legalized sex working industry in Egypt

This dictionary has a number of the slang language used during the era of legalized sex working in Egypt i.e. from the late of the 19th century until Mid-20th century. The aim of this dictionary is to preserve this unique linguistic heritage from a trade that ended long time ago, The sex workers community in Egypt had operated as a mini community inside the bigger outer society and from this community a new “language” was born that belonged to these sex workers.